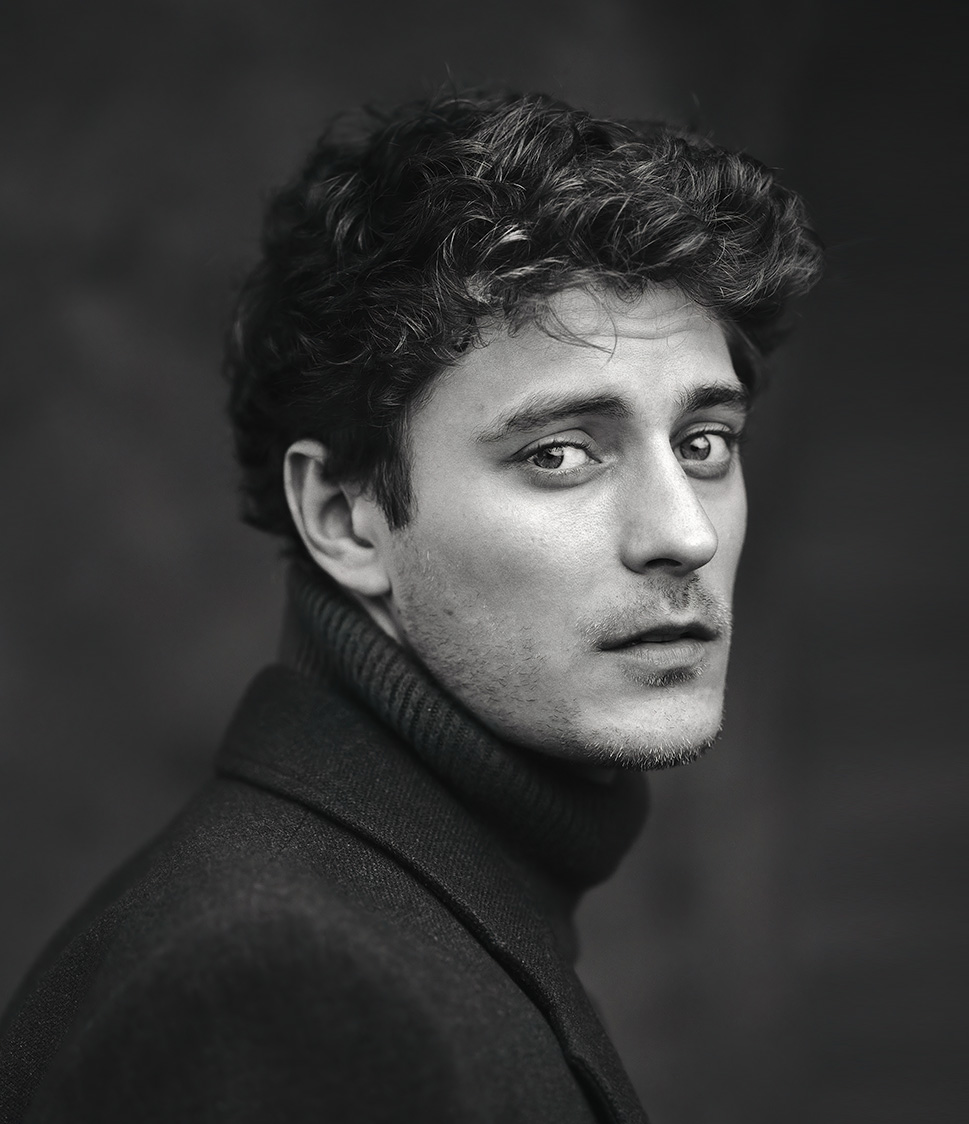 He is one of the best countertenors in the world, he performs in the Metropolitan Opera in New York, and apart from opera his great passion is also breakdance. The Polish countertenor Jakub Józef Orliński studied in Warsaw and at New York’s Juilliard School. He holds many prestigious awards in opera and dance competitions. In November 2021 he made his debut in the Metropolitan Opera in New York, and later in January 2022 at the Royal Opera House Covent Garden in London. He has completed concert tours with Ensemble Matheus and Il Pomo d’Oro, with whom he will also perform at the Viva Musica! festival. At the opening concert of the 18th annual festival, he will perform arias from his second solo album Facce d’amore (2019, Erato/Warner Classics), for which he received an International Opera Awards prize in the category of “Album of the Year (Solo)”. Orliński explains the concept of the album as follows: “Facce d’amore includes operatic arias that tell a story, showing a musical picture of a male lover in the baroque era. They focus on totally different aspects of love – not only the positive side, like joyful or reciprocated love, but also the side where the characters are possessed by anger or even madness.” The selection of arias is compiled from operas by old masters from the Baroque period such as Händel and Cavalli, also less well-known artists including Bononcini, Conti, Hasse, and others who are almost forgotten, such as Giuseppe Maria Orlandini and Luca Antonio Predieri. The opening concert of the 18th annual Viva Musica! festival will take place on June 23, 2022 in the spaces of the Large Lutheran Church.

Polish countertenor Jakub Józef Orliński has established himself as one of the world’s leading artists, triumphing on stage, in concert, and on recording. An exclusive artist on the Warner/Erato label, his first recording, entitled Anima Sacra, earned him the prestigious OPUS-KLASSIK Award for Solo Vocal Recording, while his second, Facce d’amore, earned him the Recording (Solo Recital) of the Year at the 2021 International Opera Awards. His third album – entitled Anima Aeterna, featuring sacred arias and motets from the Baroque era – was released in October 2021 and toured throughout Europe with Il Pomo d’Oro. In addition, he is featured on Warner recordings of Agrippina opposite Joyce di Donato and on a disc of selections with L’Arpeggiata with Christina Pluhar. His live performance of Vivaldi’s “Vedrò con mio diletto,” filmed at the Aix-en-Provence Festival, has amassed more than seven million online views. In the 2021/22 season, Orliński made his much anticipated debut at the Metropolitan Opera as Orpheus’s Double in the Met premiere of Matthew Aucoin’s Eurydice, under the baton of Yannick Nézet-Séguin. He also made his house and role debut at the Royal Opera House, Covent Garden, as Didymus in Handel’s Theodora in a new production by Katie Mitchell. On the concert stage, he joined Il Pomo d’Oro as well as Ensemble Matheus for European tours; and in recital, he embarked on his first tour of North America as well as Europe, joined by his longtime collaborator, pianist Michał Biel. He performed on three occasions at Wigmore Hall as part of a season-long residency. Other concert engagments included programs with Il Giardino d’Amore, Les Arts Florissants, and Capella Cracoviensis. Highlights of past seasons include his Carnegie Hall solo concert debut featuring members of New York Baroque Incorporated; his house and role debut at Opernhaus Zürich and at Oper Frankfurt; his debut in Russia with sold-out concerts during the inaugural season of Zaryadye Hall in Moscow; and debuts with the Warsaw Philharmonic and with the Montreal Bach Festival. He has performed critically-lauded solo recitals at Wigmore Hall, Verbier Festival, and throughout Spain, Belgium, Poland, Germany, and the Netherlands. Jakub Józef Orliński graduated from the Juilliard School in 2017 and immediately began his international career as Orimeno in Cavalli’s Erismena in his debut at the Aix-en-Provence Festival. He has triumphed in multiple vocal competitions on both sides of the Atlantic. In his spare time, Jakub Józef Orliński enjoys breakdancing, in addition to other styles of dance. He has also been featured in a commercial for the street wear company CROPP, as well as featured as a dancer, model, and acrobat in campaigns for Levi’s, Nike, Turbokolor, Samsung, Mercedes-Benz, MAC Cosmetics, and Algida.

Maxim Emelyanychev is principal conductor of the Scottish Chamber Orchestra (SCO) and chief conductor of early music ensemble Il Pomo d’Oro. Shortly after his conducting debut at the age of 12, he was invited to conduct quite a few of the international baroque and symphonic orchestras in Russia. In 2014, he made remarkable debut in Mozart’s Don Giovanni at the Teatro de la Maestranza in Seville, which was swiftly followed by a series of symphonic guest engagements all over Europe. Highlights of the 2016/17 season featured a major international tour with Il Pomo d’Oro and Joyce DiDonato, debut at the Opernhaus Zürich, and at the Orchestre National du Capitole de Toulouse. In 2017/18 Maxim made his debut with Orchestra della Svizzera Italiana, Orchestre National de Lyon, Orchestre National de Bordeaux Aquitaine, Orchestra Sinfonica di Milano Giuseppe Verdi, Orchestre National de Belgique, and Saint-Petersburg Symphony. An invitation to conduct the SCO on a last-minute replacement led the enthused musicians to appoint him their new Principal Conductor, effective from the autumn of 2019; and on the very first days of his mandate, the orchestra extended his contract until 2025. The 2018/19 season included his debut with the Antwerpen Symphony, Netherlands Philharmonic, Tokyo Symphony, Royal Philharmonic and Saint-Petersburg Philharmonic orchestras. He conducted the Orchestra of the Age of Enlightenment at two of the major international opera institutions: the Glyndebourne Festival (Rinaldo with Jakub Józef Orliński in the title role) and the Royal Opera House (Agrippina with Joyce DiDonato in the title role). Other engagements included the Berliner Konzerhausorchester, the Iceland Symphony Orchestra, and the Seattle Symphony. Maxim’s 2020/21 engagements included debuts with the Orchestre de Paris, the Atlanta Symphony, the London Philharmonic, and the Luxembourg Philharmonic. In August 2021 Maxim and the SCO were invited to the BBC Proms and to the Edinburgh International Festival. Other highlights of the 2021/22 season included concert tours with Joyce Didonato, debuts with  Accademia Nazionale di Santa Cecilia, Royal Concertgebouw Orchestra, Deutsches Symphonie-Orchester, and Swedish Radio Symphony Orchestra. In 2022/23 Maxim will tour the USA with the SCO and will make his debut appearance with the Berliner Philharmoniker, the Czech Philharmonic, the New Japan Philharmonic, the Osaka Kansai Philharmonic, the Bergen Philharmonic, and the Helsinki Radio Symphony, among others. Maxim has recorded quite a few CDs for Warner/Erato at the head of Il Pomo d’Oro. He is a recipient of the Young Talent Award 2019 in the Music Section of the Critics’ Circle. The same year he was awarded an international Opera Award in the New Comer category.

The ensemble il Pomo d’Oro was founded in 2012. It is characterized by an authentic, dynamic interpretation of operas and instrumental works from the Baroque and Classical period. The musicians are all well-known specialists and are among the best in the field of historical performance practice. The ensemble so far worked with the conductors Riccardo Minasi, Maxim Emelyanychev, Stefano Montanari, George Petrou, Enrico Onofri and Francesco Corti. Concert master Zefira Valova leads the orchestra in various projects. Since 2016 Maxim Emelyanychev has been its chief conductor, and since 2019 Francesco Corti is principal guest conductor. il Pomo d’Oro is a regular guest in prestigious concert halls and festivals all over Europe. After the worldwide success of the program In War and Peace with Joyce DiDonato, in 2020 il Pomo d’Oro and Maxim Emelyanychev will present the new program My Favorite Things with the American Mezzosoprano. The discography of il Pomo d’Oro includes several opera recordings, instrumental albums as well as recitals with world-known artists. New releases in 2021 and 2022 were Bach harpsichord concertos vol. 2 with Francesco Corti, and recitals with Lisette Oropesa, Jakub Józef Orliński and Joyce DiDonato (EDEN). The ensemble received prestigious ECHO Klassik Awards, OPUS-KLASSIK Award, Premio Abbiati del disco, Preis der deutschen Schallplattenkritik, and Diapason d’Or among others. il Pomo d’Oro is official ambassador of El Sistema Greece, a humanitarian project to provide free musical education to children in Greek refugee camps. il Pomo d’Oro plays charity concerts and offers workshops and music lessons according to the El Sistema method on a frequent regular basis in various refugee camps in Greece. The name of the ensemble il Pomo d’Oro refers to Antonio Cesti's opera from the year 1666. Composed to the wedding celebrations of Emperor Leopold I and Margarita Teresa of Spain, il Pomo d’Oro was probably one of the largest, most expensive and most spectacular opera productions in the still young history of the genre. 24 different stage designs, a horse-ballet of 300 horses, a fireworks display of 73,000 rockets, numerous „special effects“ – superlatives, which should make the Emperor's court the highlight of cultural splendor in Europe.