Bratislava Boys’ Choir has been active on the Slovak art scene since 1982, led by its founder and choirmaster Magdaléna Rovňáková. At its inception it was associated with Slovak Philharmonic, where it functioned under the name of Boys’ Philharmonic Choir. In 1988 the choir became autonomous and today it is part of the Private Art School, where on average 80 boys and young men, aged between 7 and 28, are students. The choir’s concert component has 45 members. BChZ has won a number of international choral competitions, gives concerts in Europe, America, Canada, Japan and Taiwan, and regularly collaborates with renowned Slovak and foreign orchestras and conductors. “When I founded the boys’ choir, I was a doctoral student at the Academy of Performing Arts. It was exciting, and I had no idea really, how much this work would absorb me, inspire me, and astound me. Forty years! It is wonderful that I have found similarly “attuned” colleagues, and together we teach our boys not to sing notes but to make music. I regard that as our mission,” says Magdaléna Rovňáková, who currently leads the choir together with her son Gabriel Rovňák. In 2022 BChZ celebrates its 40th anniversary, and on this occasion, in conjunction with the Viva Musica! festival, it is preparing a special birthday concert, which will take place on July 6, 2022 in the Square at Eurovea in Bratislava. Admission to the concert is free.

Initially known as the Boys Philharmonic Choir, and associated with the Slovak Philharmonic Orchestra, the Bratislava Boys Choir has been active on the Slovakian music scene since 1982. The Choir’s founder is choirmaster and conductor, Magdaléna Rovňáková, and it is also conducted by Gabriel Rovňák. From 1989, it gained institutional status as the Private Music School – Bratislava Boys Choir. The institution now trains 75 singers between the ages of 7 and 28 and engages with leading performer-educators such as Miriam Garajová, Monika Maglayová, Helena Machats Veselská, and the pianist Dana Hajóssy. The Bratislava Boys Choir has collaborated with numerous internationally renowned orchestras including the Slovak Philharmonic, the Symphonic Orchestra of Slovak Radio, the Weiner Symphoniker, the Vienna Radio Symphonic Orchestra, and the Hamburg Symphony Orchestra. It has worked with leading conductors such as Riccardo Muti, Ondrej Lenárd, Bertrand de Billy, James Conlon, Fabio Luisi, Sir Jeffrey Tate, and Emmanuel Villaume among others; and it has performed extensively throughout Europe, the United States, and in other countries (Canada, Israel, Japan, and Taiwan). In November 2021, it performed as a part of Advent Concerts in France and Switzerland, and in May 2022 it had a very successful tour of America. The Bratislava Boys Choir has a rich repertory that embraces many genres and styles from Gregorian Chant and Renaissance music to concert versions of masses, folk music, and newly commissioned works. Its repertory includes many oratorios, cantatas, and choral symphonies by composers such as Johann Sebastian Bach, Gustav Mahler, Arthur Honegger, Igor Stravinsky, Maurice Ravel, Benjamin Britten, Leonard Bernstein, and Krzysztof Penderecki. Numerous 20th-century and contemporary Slovak composers have written for the Choir including Ľuboš Bernáth, Viliam Gräffinger, Ivan Hrušovský, Peter Martinček, Ilja Zeljenka and Eugen Suchoň. The Bratislava Boys Choir has won several first prizes in international choral competitions in the United States (Des Moines), Russia (Moscow) and Italy (Lecco); and it has received many awards. The Choir has released seven CDs and six DVDs (shot with the collaboration of Slovak television) and has made several films for international television stations.

Magdaléna Rovňáková founded the Bratislava Boys Choir in 1982 and has been its choirmaster since then. Following studies at the Bratislava Conservatory in piano performance, she continued her training in choral conducting at the Academy of Performing Arts with Peter Hradil. She completed her PhD in choral conducting with Juraj Haluzický. Rovňáková has led the Bratislava Boys Choir in a host of internationally acclaimed performances at the Concert Hall of the Slovak Philharmonic, the Konzerthaus in Vienna, Carnegie Hall in New York, and the George Weston Hall in Toronto; and she has conducted hundreds a cappella concerts in the cathedrals of most of Europe’s capital cities. She prepared the Choir for leading artistic productions such as Credo by Penderecki (under his baton), Mahler’s Symphonies no. 3 & 8, Ravel’s The Child and the Spells, Honegger’s Joan of Arc, Berlioz’s Te Deum, Bernstein’s Mass, and the world premiere of Ruth Fazal’s Oratorio Terezin.For almost a decade Rovňáková trained the Choir for productions at the Vienna State Opera, including works such as Mussorgsky’s Khovanshchina, and Boito’s Mefistofele. She has a long-standing collaboration with the Slovak National Theatre where she prepared children-parts in operas by Puccini (Turandot, La bohème, Tosca), Massenet (Werther) Leoncavallo (Comedians), Bizet (Carmen) and Mozart (The Magic Flute) among others. In 1989, Rovňáková founded the Private Music School Bratislava Boys Choir. She is regularly invited to be a member of juries for national and international competitions. She has received numerous awards including the Crystal Wing (Krištáľové krídlo), and the Slovenka roka for her work with talented youth.

Since his childhood, Gabriel Rovňák was a member of the Bratislava Boys Choir. After studies at the Bratislava Conservatory with Július Karaba, he continued his conducting studies at the Janáček Academy of Performing Arts in Brno with Jan Zbavitel. Rovňákalso studied privately with Ondrej Lenárd and Otakar Trhlík and took conducting masterclasses with Zsolt Nagy and Martin Turnovský. He is a graduate from the Cultural Leadership Summit Prague, which was organized by the DeVos Institute New York for artistic managers in 2016. In 2019, Rovňákattended artistic management courses in Summer Music School in Kroměříž, with the Artistic Director of the Czech Philharmonic, David Mareček. Since 2012, Rovňákhas been the choirmaster of the Bratislava Boys Choir (alongside Magdaléna Rovňáková) with which he has performed in many European countries, in the US, Canada and Russia. Gabriel Rovňákis author, conductor, and presenter of the biggest Slovakian music-educational series Príbeh hudby (The Story of Music), which reached thousands young people in Slovakia. At the Janáček Academy of Performing Arts, Rovňák conducted operas by Smetana (The Bartered Bride), Martinů (Alexandre bis), and others. He also premiered pieces by contemporary composers. In 2013 he directed a performance of Janáček’s The Cunning Little Vixen in Hamburg. His educational radio series about opera was broadcast by Slovak Radio. He is one of the founders of the Society for Contemporary Music SOOZVUK; and he is author of a biographical publication about the conductor Zdeněk Košler. In 2013–2015, he presented an exhibition about this famous conductor in the National Theatre Prague and Slovak National Theatre. He’s also an author of the multimedia application Dirigent for Samsung Smart TV about Zdeněk Košler.

Miriam Garajová graduated from the Bratislava Conservatory, where she studied with Dagmar Podkamenská, and from Academy of Music and Performing Arts, where she studied with Zlatica Livorová. In 2005, she received her first prize from the International Vocal Competition of Imrich Godin in Vráble. During her studies, she collaborated with the Conservatory’s Chamber Choir in Bratislava under the leadership of Dušan Bill, with which she performed as a soloist in Slovakia and abroad. Garajová started working at the Slovak National Theatre in 2006 performing numerous opera roles: Papagena in Mozart’s The Magic Flute; the wood nymph in Dvořák’s Rusalka, Amor in Gluck’s Orpheus and Euridice, Mary in Ján Cikker’s Mister Scrooge, Barena in Janáček’s Jenůfa; and in Víťazoslav Kubička’s Martin Luther, playing the main female role, Katarina von Bora. Additionally, Garajová has performed as a soloist with the Slovak Chamber Orchestra in Handel’s oratorio Messiah. Since 2008, Garajová has acted as vocal lecturer for the Bratislava Boys Choir, with which she also performs as a soloist (notably in Slovakia’s Philharmonic Christmas concerts). Since 2017, she has performed as a guest performer at the Divadlo Nova Scéna playing Valencienne in Franz Léhár’s operetta The Merry Widow.

Csaba Kotlár was born in Bratislava in 1985. His first appearance on an opera stage was as a soloist of the Bratislava Boys Choir when he was 9 years old in the role of the shepherd boy in Puccini’s Tosca staged by the Slovak National Theatre under baton of Ondrej Lenárd and with the legendary opera singer Peter Dvorský. He studied at the Conservatory and Academy of Performing Arts in Bratislava, where his graduating performance was as Count Almaviva in Mozart’s The Marriage of Figaro. In 2014, Kotlár’s professional debut was initiated in the roles of Hanezo in Mascagni’s L’amico Fritz and in Verdi’s Rigoletto at the State Opera Banská Bystrica. He has subsequently performed in Imre Kálmán’s operetta Csárdás Princess (Bóni Káncsiánu) and Franz Lehár’s The Land of Smiles (Gustav von Pottenstein). In 2015/2016 season Kotlár was part of Opera Studio of the Slovak National Theatre, where he played Acmet in Giovanni Paisiello’s Il Re Teodoro in Venezia. He collaborated as a guest performer in the F. X. Šalda Theatre in Liberec (Czech Republic) in autumn 2016, where he debuted as Athanaël in Massenet’s Thaïs, under baton of Martin Doubravský and directed by Linda Keprtová. Thanks to this role he received his first nomination for a Thália Award. From 2017 until April 2020, Kotlár was soloist of the F. X. Šalda Theatre where he performed as Lionel in Tchaikovsky’s The Maid of Orleans, Marcello in Puccini’s La bohème, Dandini in Rossini’s Cinderella, Figaro in Rossini’s Barber of Seville, in Rachmaninov’s Francesca da Rimini, as Duka in Rachmaninov’s Miserly Knight, as Harašta in Janáček’s The Cunning Little Vixen, and as Don Giovanni in Mozart’s Don Giovanni. In 2019, he received his second nomination for a Thália Award for his performances in Francesco da Rimini and Miserly Knight. Kotlár is a guest performer at the State Theatre Košice (as Masetto in Mozart’s Don Giovanni, and Escamillo in Bizet’s Carmen), in the J. K. Tyl Theatre in Pilsen, Czech Republic as Kyoto (Mascagni’s Iris), and in the State Opera Prague as Farfarello (Prokofiev’s The Love for Three Oranges). In the coming season, Kotlár will debut in the South Bohemian Theatre in the role of Tchaikovsky’s Eugen Onegin under baton of Maria De Rose and directed by Lubor Cukr. Kotlár has collaborated with conductors such as Riccardo Mutti, Bertrand de Billy, Philippe Jordan, Thomas Hengelbrock, Christoph Eschenbach, Gustav Kuhn, Paolo Carignani, Maurizio Benini, Philippe Herreweghe, among others.

Dana Hajóssy is a graduate of the Bratislava Conservatory, where she studied under Juraj Mašinda, and at the Academy of Performing Arts where she studied under Ivan Palovič and Tatiana Fraňová. In 1989, Hajóssy commenced teaching at the Conservatory in Bratislava, and since 2020 she has been its director. She’s been performing with the Bratislava Boys Choir since 1991. As a pianist Dana Hajóssy has featured in numerous festivals including the Bratislava Music Festival. She has received many awards for best répétiteur including the Iuventus Canti Vráble; the International Competition in sacred and sacral music Olomouc; the International Vocal Competition of M. Schneider-Trnavský, the International Vocal Competition of A. Dvořák in Karlove Vary; and the International Händel Competition in Eger, Hungary. Hajóssy regularly collaborates with renowned vocal soloists such as Daniel Čapkovič, Ondrej Šaling, Štefan Kocán, Tomáš Juhász, Andrea Danková, Lenka Máčiková, Tomáš Šelc, and with the violinist Juraj Tomka. She recorded numerous CDs and DVDs. 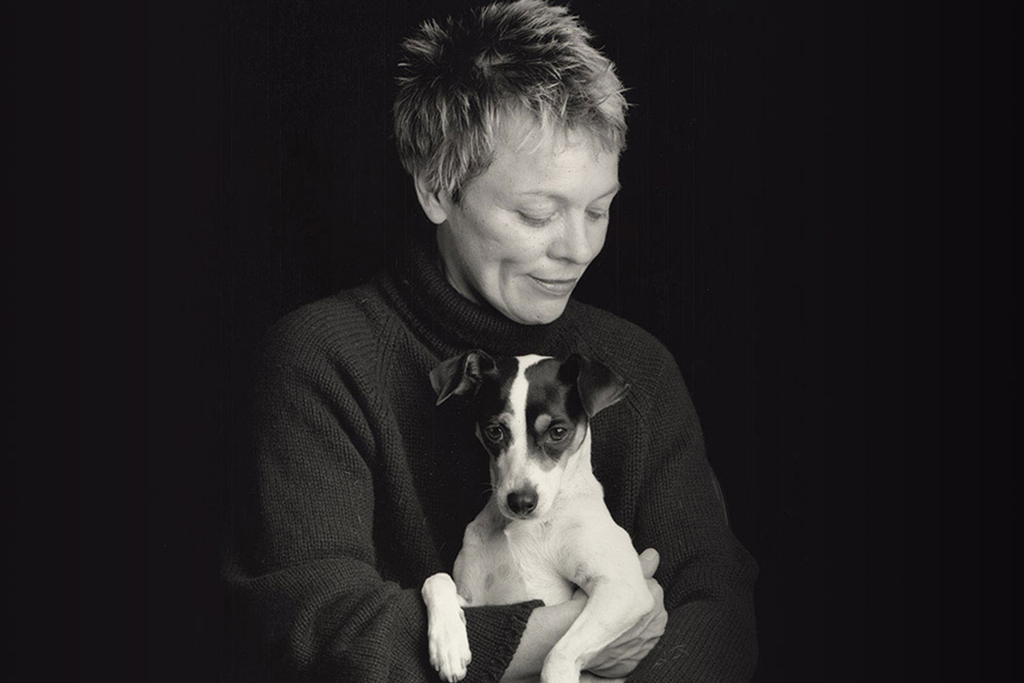 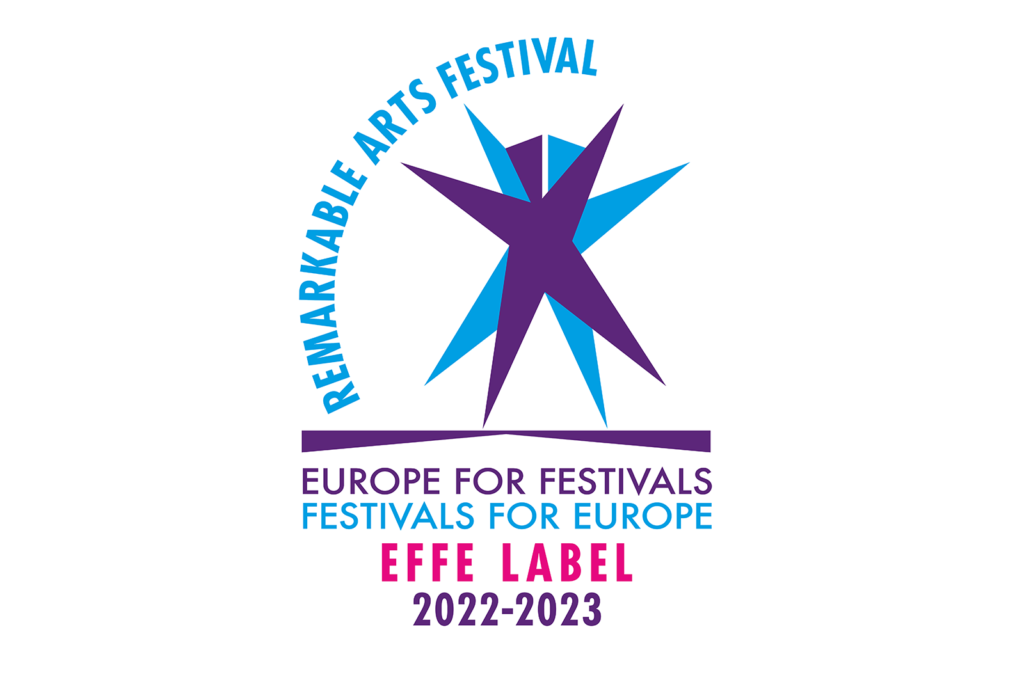 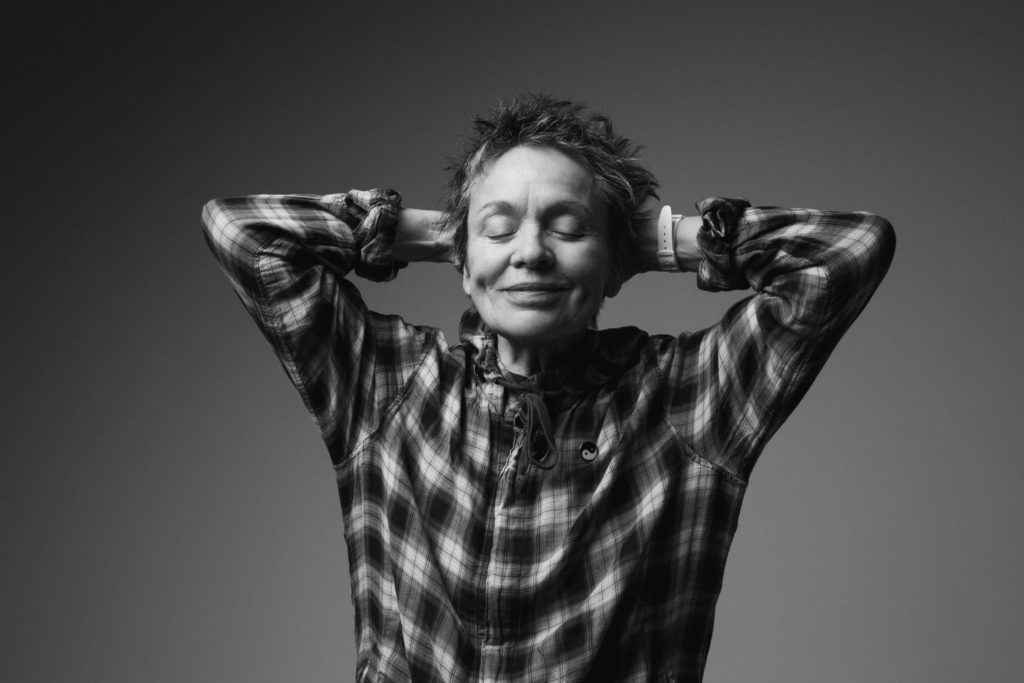 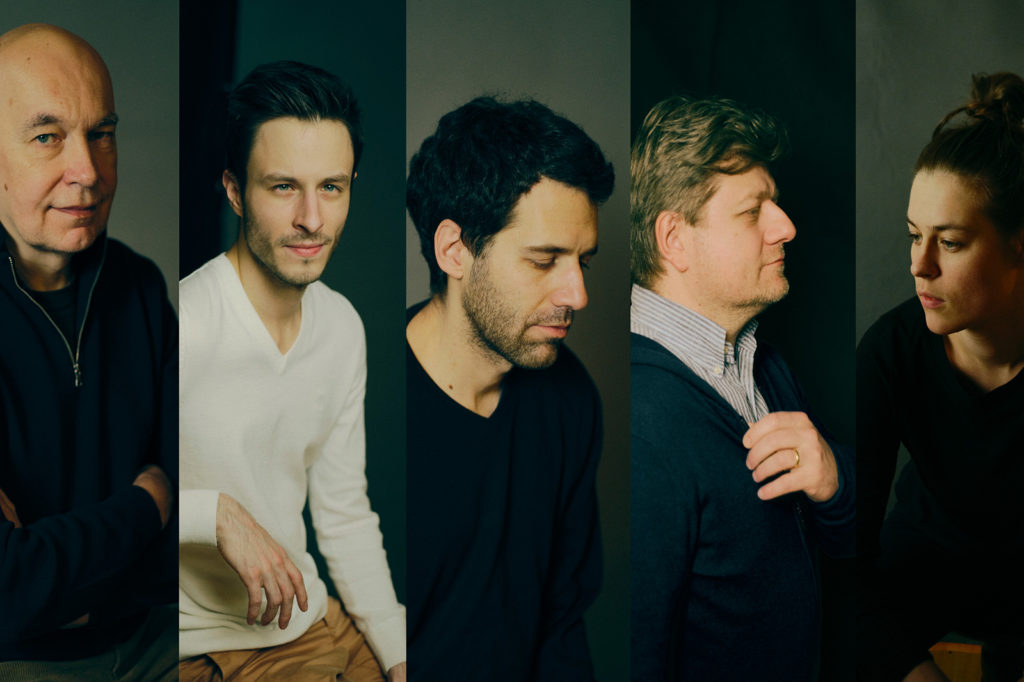 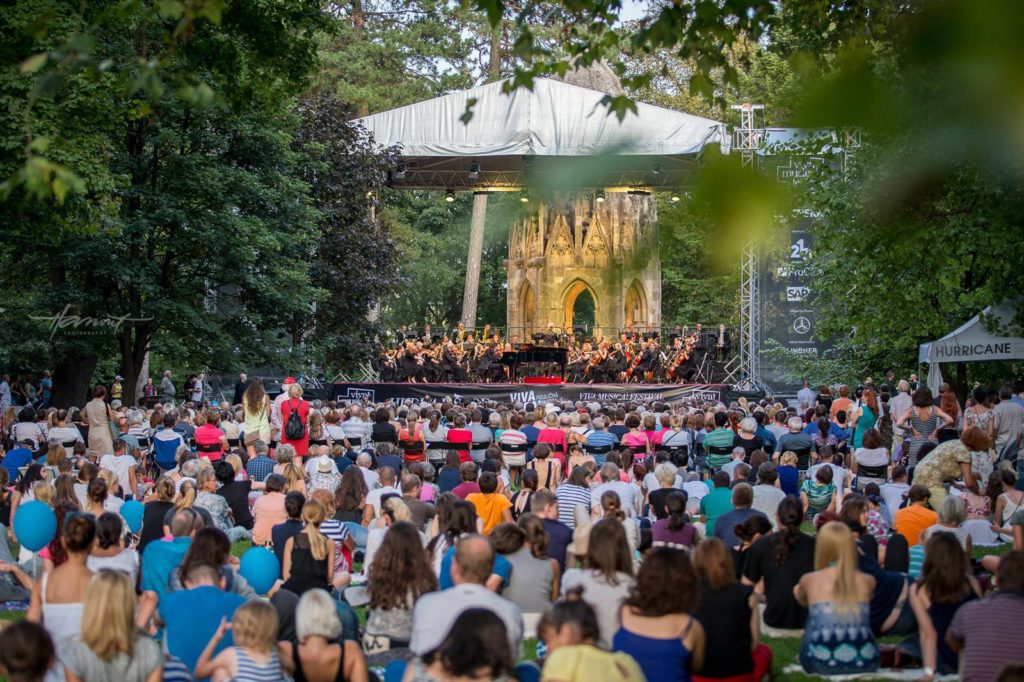 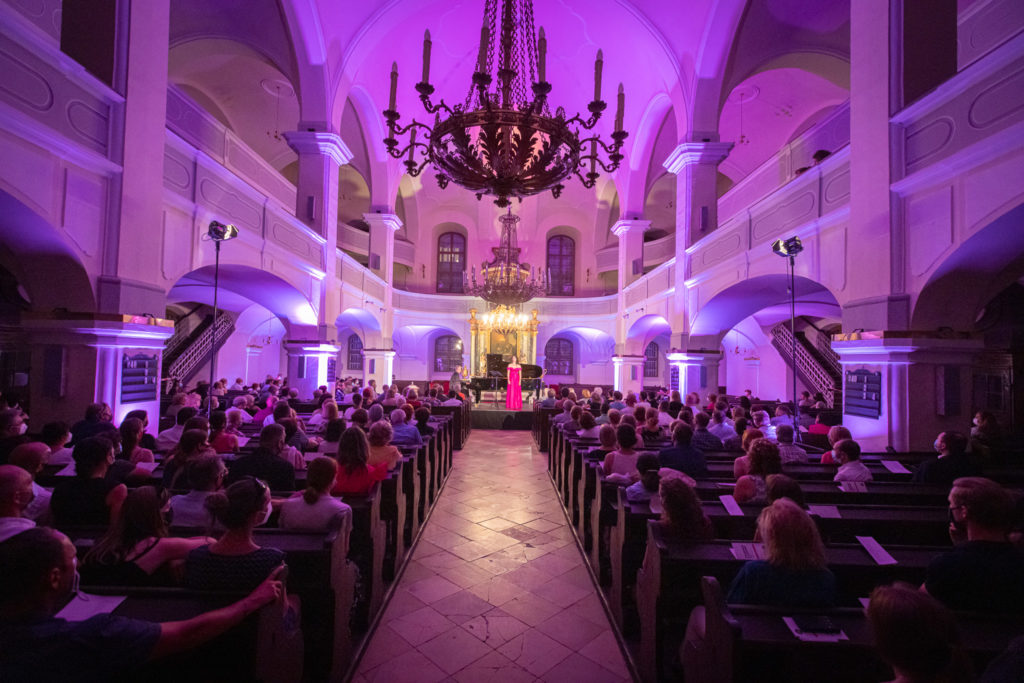 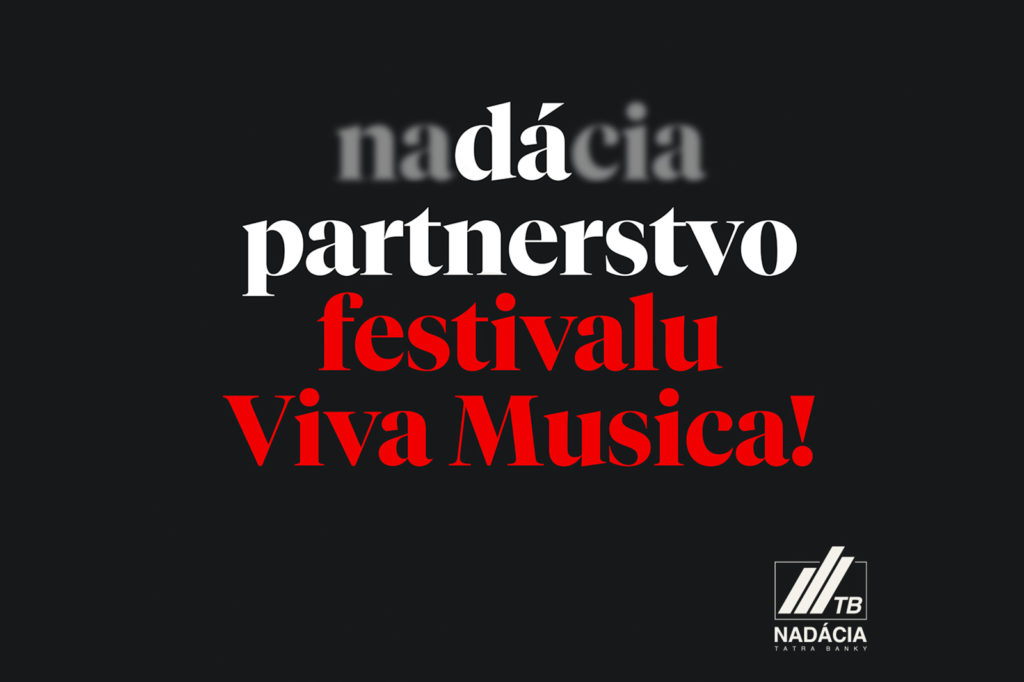 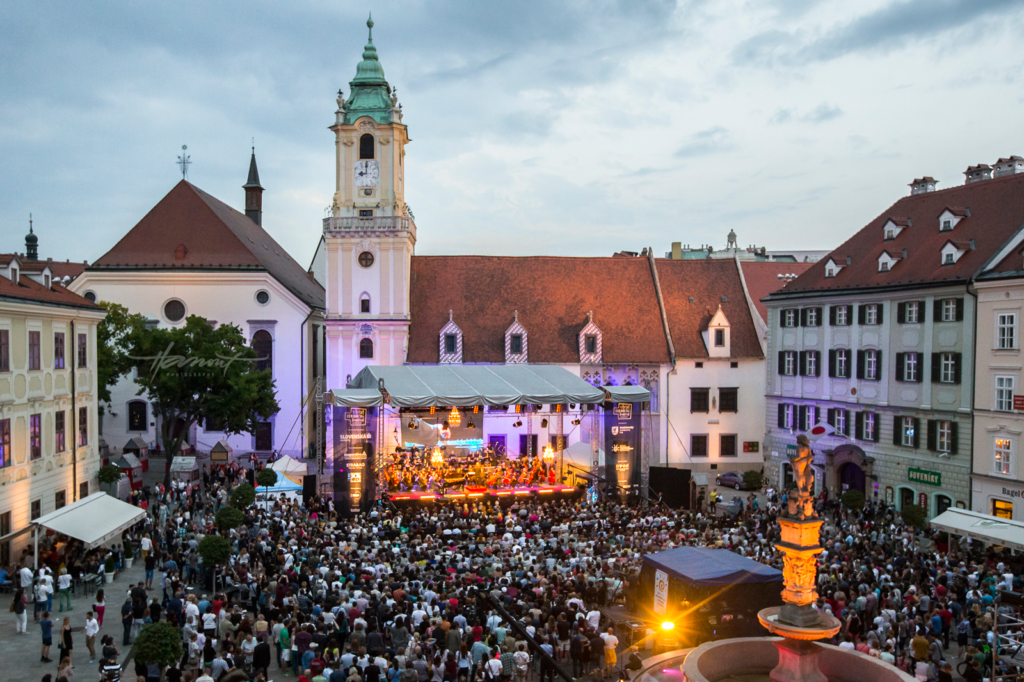